Why Does Frequency Matter On the IBT?

"Wow, the reading is no joke!" This has been a common reaction among iBT TOEFL test takers since it first began in Sept. 2005. The length of ther reading passages has more than doubled from 280-350 words on the CBT to an average of 700 words on the new iBT. The longer length of the passages has made them more difficult to grasp. Test takers who are unused to reading about science often find the new iBT reading passages especially difficult.

In scrutinizing all the real iBTs given thus far, LinguaForum Research Center has found something very interesting. Similar topics and questions have appeared repeatedly on the real tests. In other words, the passages and questions the test takers witnessed on the today's test will possibly appear again on the next week's test, next month's test, or on a test some months later. That repetition caused us to analyze the frequencies at which words have appeared on the real tests. Using this analysis we have produced an innovative and ambitious book, Frequency #1 Vocabulary

Frequency #1 Vocabulary has completed the LinguaForum iBT Vocabulary Series: Basic, Intro, and Frequency. The 2,000 words in this book are the one that have most frequently appeared in the real test. We divide the words into two parts: top and second frequency, each part containing 1,000 words. Each section is then further subdivided into 20 chapters of 50 words each according to the frequency in which they appear on the test. Thus, students first learn the words they are most likey to see on the iBT and learn words that ppear less frequently in later chapters. By prioritizing vocabulary for the students, LinguaForum makes vocabulary building more streamlined and efficient, increasing the potential of test takers worldwide. 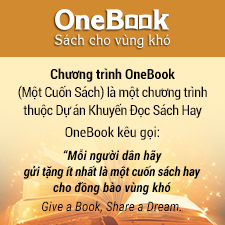